In our society, the sexual education is quite deficitary. Very few people have the minimum of necessary knowledge to what sexuality is concerned.

THE WOMEN PERCEIVE THE VAGINAL ORGASM DEEPER THAN THE CLITORAL ORGASM
Generally, women have two types of orgasms: clitoral and vaginal. They may experience one or the other or a combination of the two. Clitoral orgasm occurs through the stimulation of the clitoris, is very powerful, but is also superficial.

Vaginal orgasm, including also the stimulation of the G-point is perceived deeper, and offers an extraordinary sensation of pleasure all through the body.

The G-point is located behind the pubic bone, on the abdominal side of the vaginal wall. Introducing the finger inside the vagina, you may feel that the tissue has a different texture in that area, and there are some folds. This is the urethral sponge, the analogue of the prostate in man, having the same structure of the pleasure organ. 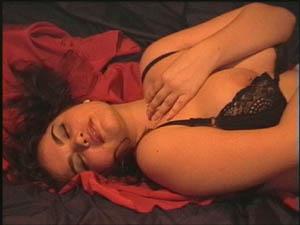 The G-point may also be stimulated from outside the body, through the pressure of the inner abdomen, right above the pubic bone.

Some very sensual women may experience cervix orgasm, when the cervix opens up in the moment of the orgasm. This orgasm is the most profound and the most intense.

When a woman is very excited, her erectile tissue is filled with blood, and there is the possibility of ejaculation, due to the great quantity of energy accumulated in that area.

The prolonged stimulation of the area beneath the clitoris, on both sides of the urethral opening, continuing inside the vagina, to the G-point makes the woman experience intense and powerful orgasms.

The experts and scientist in the field of sexology had have endless debates on the margin of female ejaculation phenomenon.

There are very few women who can make the difference between the lubrication liquid, the ejaculation liquid, and certain liquids that appear spontaneously during lovemaking, named in the Eastern tradition kalas.

The ejaculatory secretions are clear and limpid. It is not urine, although the woman may feel as if she is about to urinate when the G-spot is stimulated.

Some people say that this secretion comes from the glands in the urethral wall. It may vary in quantity from several milliliters to several cups. A woman may have several orgasms and still continue to ejaculate over a long period of time.

Due to the lack of sexual education, women often think that they have urinated when in fact they ejaculated. Other sexologists consider that the ejaculating liquid in the case of women is a mixture of lubricating liquid, liquid from the paraurethral glands, liquid from the Bartholini glands and a small quantity of urine.

The feeling of exhaustion following the feminine ejaculation is similar to that perceived by men after intercourse ended with ejaculation.

The tantric tradition sustains that there are women who experience very special states of mind during lovemaking and during these states are also manifested some special liquids named kalas.

The problem is to determine whether these special liquids known as kalas coincide with the ejaculatory liquid or it is something different.

Until recently, modern sexologists including Masters and Johnson sustained the theory according to which feminine ejaculation did not exist. However, most recent studies indicate the opposite.

The women need to know their sexual potential, because if they know it, they may apply and use it in several ways, probably the most important at the actual stage of development in our society being the therapeutic use.

From an esoteric point of view, the sexual feminine nectar is associated to AMRITA, the famous “immortality nectar” of the Gods, or the “water of life” known to the initiate people of the Tantra, Taoism, Sexual Magic and Inner Alchemy.

The sexual potential of the woman’s body including the secretion of the sexual fluids was an important secret, revealed only to the worthy ones.

This potential, awakened through certain practices such as the control of the circulation of the sexual energy, and special mediation techniques becomes the vehicle leading one to the spiritual awakening.

FEMININE EJACULATION – A DECIPHERED MYSTERY
Certain women ejaculate during a very powerful orgasm. However, the studies of this not so frequent phenomenon do not always allow the positive identification of the process that lead to the elimination of the liquid. In certain cases there are glandular secretions, in others simply the relaxation of the bladder.

What are the kalas compared to the ejaculatory liquid?
In certain exceptional moments, when the woman experiences spiritual states the subtle sexual and spiritual energy becomes material and takes the form of the famous kalas. Whatever its origin, this manifestation is the indication of a very intense and special sensuality and feminity.

The Department of Sexology of the University of Quebec, Montreal, conducted a very serious study on this matter in 1998. Small announcements were published in newspapers urging women who had such manifestations to contact the researchers.

40 women answered the announcement. Scientific caution advised the scientists to replace the term “ejaculation” with “expulsion”, during the first inquiries.

The results are as follows: the feminine ejaculation, the corresponding process of male ejaculation has nothing to do with lubrication, because the women have above the urethra glands similar to the men’s prostrate.

The researchers tried to determine whether the liquid eliminated by the women resembled to the prostate liquid. If this theory proved correct, the volume of the eliminated liquid could not surpass the volume-capacity of these glands.

In order to establish a relationship between the feminine and masculine ejaculation, the researchers have agreed on the fact that both the quantities and the quality of the examined liquids are similar.

Another theory on feminine expulsion refers to a possible relaxation of the bladder. Usually the feminine orgasm is followed up by a deep relaxation of the pelvic area, which may determine a small quantity of urine to pass through.

The researchers have analyzed the samples brought in by the women subject to the study, and the results were quite controversial. They researchers did not have enough genuine material to work upon, because in the lab only two of the women masturbated and allowed the liquid to be analyzed.