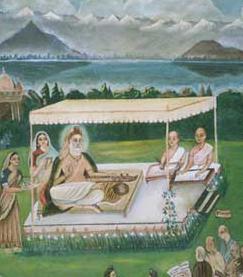 Shaivism is practically the oldest spiritual path of the world. In India, Shaivism is millennium old, and the archeological researches from Mohenjo Daro and Harappa revealed a history going back even beyond the calcolitic age.

Shiva represents that hypostasis of God that is manifested as Great Savior or Great Master of the ignorant, limited beings. Any sincere, frantic aspiration towards the state of spiritual freedom is addressed in fact to this aspect of God, Shiva the Good and Kind.

Any sign of the manifestation of the divine grace, which is indispensable to reaching the state of supreme spiritual freedom is closely connected to Shiva. Therefore, we may even say that Shaivism can be found in any place where a strong, authentic spiritual tradition flourished.

In India, there are six main forms of Shaivism, from which three are essential:

1. VIRA-SHAIVA, spread mainly in the central area of India;

2. SHIVA-SIDDHANTA, in the south.
3. ADVAITA-SHIVA, the most pure and elevated form of the Kashmir Shaivism, in the northern India.

The tradition of the Kashmir Shaivism was transmitted from master to disciple centuries in a row, according to the method named “from mouth to ear”. 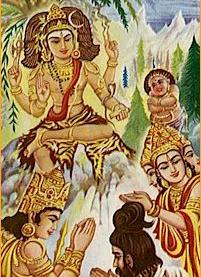 The first fundamental work of Shaivism, attributed to Vasugupta, the first initiate of this spiritual path, who lived at the end of the VII-th century and the beginning of the IX-th century AD is named Shiva Sutra and is a compilation of aphorisms, completely hermetical for the uninitiated person, and it presents the three cardinal path in reaching spiritual freedom:

Vasugupta mentioned that he is not the author of Shiva-Sutra, but that he found it written on a rock that came out from the water and that went back into the water after he read and memorized the text.

The entire written tradition (shastra) of the Shaivism is divided into three parts:

2. Spanda Shastra – contains the doctrine of the system. The main work in this category belongs to Vasugupta – Spanda Karika.

3. Pratyabhijna Shastra – contains metaphysical works, with a high spiritual level, and is the least accessible to the common reader. From this category the most important works are: Ishvara Pratyabhijna of Utpaladeva and Pratyabhijna Vimarsini, a commentary of the first.

There are several important schools of the Shaivism, of which the most elevated belong to the Trika system. The word “trika” means “trinity” in Sanskrit and suggests the idea that in our universe, all things have a threefold nature.

We may express this trinity through: Shiva (God), Shakti (His fundamental creative energy) and Anu (individual, the limited projection of the divinity).

Pratyabhijna – term that refers to the direct recognition of the divine essence.