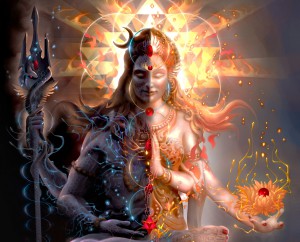 ISHVARA designates a level of Cosmic Consciousness which is very close to the western idea of God.

ISHVARA PRANIDHANA is the state of permanent communion with the Cosmic Consciousness and of total surrender to the Cosmic Will. It means placing your consciousness, mind and body completely, absolutely, thoroughly into the Superior Cosmic Will.

It means to cooperate with the higher levels of cosmic manifestation through a sincere and intense yearning toward integrating your being into the Universal Harmony.