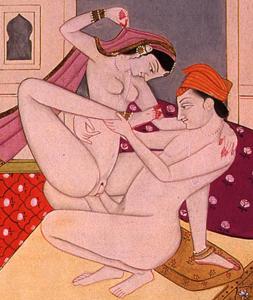 ABOUT ORGASM
A great secret in the practice of sexual continence is the learning of the mechanism of orgasm. There are, both men and women so skillful in the art of love with sexual continence that they can experience at will orgasmic states and even induce these ineffable states in others, even without physical contact.

The sexologists define the orgasm in a non-poetical manner. They say that the orgasm is “a trance accompanied by the losing of the contact with the reality”.

By the tantric opinion, the orgasm is a beneficial state of expanded consciousness in which the usual limits of the being are spontaneously dropped, limits of the mind are abolished and the subject plunges into the abyss of beatific void.

When one lives the orgasm, he/she discovers with amazement the abandon of himself facing the ecstatic experience, the abnegation, the “death” of the ego, the dissolution of time and space, the bursting of a state of unity of contraries.

WHAT IS TANTRA?
Even though lately a lot is spoken and written about Tantra, just a few really knew what does it mean. Tantra is an Eastern spiritual system that has as main purpose the “unification of the contraries at the all levels of the human being”.

In Tantra, the man and the woman are seen as expressions or reflections of the two most fundamental macrocosmic energies, represented by the Shiva (the male principle) and Shakti (the female principle), in any form they would appear.

The balanced union of the two opposite poles, the female one (yin, negative) and the male one (yang, positive) drives, in the end, to the liberation of mind and body, a liberation of the presupposed endless cycle of unconscious reborn and ultimately to the deification of the human being.

The man and the woman potentially include in their beings the entire world’s possibilities and experiences. When they are in fusion, these possibilities reveal themselves in a new harmonious way and produce an Ineffable Unity, a state which is at the basis of the entire creation.

Tantra can reunify a scission produced a long time ago in the western society between the sex and spirituality. In no other source can you meet such harmony between sex and spirituality. Tantra is a way of spiritual evolution, of love fusion integrated as a sacred act, which has the only purpose to drive us closer to the Supreme Absolute (God).

In order to facilitate such a fusion at the all levels of the human being, Tantra uses a variety of physiological, psychological, devotional and spiritual techniques. We aim to present the most representative and efficient techniques.

The tantric adepts proclaim the life entirely and learn to discover the divine spark in the human being. They use all their senses, the mind and the spirit to reach the summits of the mystic experiences.

Tantra offers a vision of the illumination and of the transcedency totally different from all the other branches of yoga. In Tantra, the path towards liberation passes precisely through the heart, which is to be consciously opened to the others.

In other words you can make your dreams come true without abandoning yourself in the passion wave but submerging in a perfectly controlled way into this tumult. You can reach this by acting with a respectful prudence, with an open mind, and at the same time by employing certain esoteric keys that will allow you to control the subtle energies of the human being.

Let’s take the sexuality as an example. If you would succeed in controlling this huge energy you will be very sexual and you will be able to do this without losing your control over the impulses and desires of lower vibratory frequency.

Among these lower, more primary, carnal, degraded vibratory frequencies we can mention the jealousy, the possessiveness or the vulgar lasciviousness.

For men, the entire art of Tantra is to animate and to keep avoiding the ejaculation, to slow the rhythm of movement, to maintain yourself very close to the “point of no return” but in a safe zone, maintaining, extending and amplifying in this way the spiritual energy.

For women, the tantric art is to give themselves to their lovers in an aware and loving way, being the material manifestation of the mysterious energy of the Universe – Shakti or the “Mother” of the entire creation.

Thanks to this transfiguration, both lovers can reach a profound feeling of secret peace and inner calm. By elevating their inner state they surpass the rush, the insecurity or the stress. Now they fight for nothing and they accept with detachment and lucidity all that is offered by life.

Once this state is reached, it becomes easily possible to make love for hours, while maintaining a state of meditation all the time.
Tantra cannot be reduced only to sex. In fact Tantra is an inner spiritual attitude. Many men are tempted by it but as it is said: “many come, few are chosen”.

To understand Tantra and then to wisely practice it, you need an open mind, intelligence and courage. These qualities are extremely rare for the epoch we are passing on, a period of spiritual decline (Kali Yuga). Here is the reason why nowadays so few men are capable of practicing Tantra, even tough many men are imaging they can.

The indispensable condition for a veritable tantric practice is the right information concerning the techniques, the methods off approach, and the presence of a tantric master to continuously supervise your progresses.

TANTRA AND SEXOLOGY
“Nobody will succeed to obtain perfection by using difficult and dull operations. Perfection can easily obtained by the use of the most satisfying of all desires.”

Tough these two sciences have different objectives, one spiritual and the other experimental, they often meet in an amazing manner. The “horizontal” study of sexology does not get as close to the spiritual, “vertical”, magic aspect of sexuality, which is specific to Tantra. Sexology is a medical science of the sex, which studies its physical and psychical aspects and dysfunctions.

From the tantric point of view, sex is considered to be the “brain” where the alchemycal transformations of the sexual matter in energy take place. Tantra starts from the point where sexology ends. Evens so, the sexology often describes certain special orgasmic experiences similar with those described by Tantra Yoga.

According to the contemporary sexology and the tantric tradition, in order to obtain a profound sexual harmony in couple and to refine the love experience, it is recommended to consider the following elements: 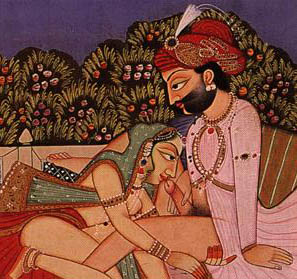 DO NOT FORGET THAT ONE GRAMME OF PRACTICE VALUES AS MUCH AS TONS OF THEORIES.