AHIMSA is that inner quality which stops you to do any harm to any living being through speech, thinking or action.

AHIMSA imply the kindness not to torture and kill other living beings, the profound respect and admiration for Life in any form: plants, insects, animals, humans.

AHIMSA is much more than a request of not being violent. It has the positive meaning of intense and detached love for every living creature. Violence is born out of fear, weakness, ignorance or restlessness.

For controlling violence is thus necessary to overcome these symptoms through a new, superior attitude toward life and through reintegrating all your being into the Eternal aspects of the Supreme Reality.

Every living creature has the same right to live in peace as you have and all beings should respect that right. There are different levels of violence and non-violence.

With a very bad motivation one can show a kind attitude, the goal of which is to try to lead us in the wrong direction. That attitude is the worst kind of violence.

AHIMSA does not mean to tolerate or passively accept violence or evil. It means to resist violence and evil, but with detachment and loving the person through which that evil manifests.

This is the genuine attitude of Martial Arts, for instance. Repentance is more valuable that severe punishment. Opposition to evil and love for the person who commits it can and must coexist.

Resistance to evil without love leads to violence. Loving a person who commits evil, without resisting that evil is madness. The battle is always won by he who fights with love. 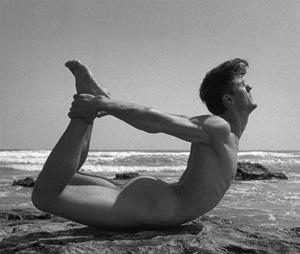 AHIMSA imply also lack of unnecessary criticism. It requests to respect other’s views and convictions, to listen to and approach with an open mind ideas which are not identical with your own, to respect other’s right to think differently and to believe on different values that your own.

Besides AHIMSA, one should practice ABHAYA (lack of fear) and AKRODHA (lack of anger). When one relates permanently to the immortal aspect of his being, there can be no more fear or anger, only wisdom and beatitude.