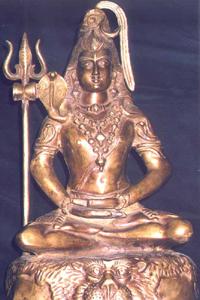 PART 2
In central India, the Shaiva Siddhanta of the Sanskrit tradition was institutionalized for the first time by Guhavasi Siddha (approx. 675 A.D.). The third successor on this lineage, Rudrashambhu, also known as Amardaka Tirthanatha, founded the monastic order Amardaka (approx. 775 A.D. in the Andhra Pradesh province).

Ever since, three monastic orders that were essential in the spreading of the Shaiva Siddhanta philosophy all throughout India. Besides the Amardaka order, (identified with one the the holy cities of the shaivism, Ujjain), there were also the Mattamayura order, in the capital of the Calukya dynasty, near Punjab, and the Madhumateya order, in central India.

Each of these developed numerous sub-order with a missionary spirit and they have used the influence of their royal protectors in order to spread their teachings in the neighboring areas, especially in the southern India. The Mattamayura order established monasteries in the areas Maharashtra, Kainataka, Andhra and Kerala (approx. 800 A.D.).

Of many guru-s and spiritual teachers, (acarya) who followed and spread the Shaiva Siddhanta throughout India, two siddha-s Sadyojyoti and Brihaspati from the central India are said to have systematized the theology in the Sanskrit language.

Sadyojyoti, initiated by the Cashmere guru Ugrajyoti, preached the Siddhanta as they were specified in Raurava Agama. His successors were Ramakantha I, Srikantha, Narayanakantha, and Ramakantha II, each of the writing many texts on the Shiva Siddhanta.

Later on, the king Bhoja Paramara from Gujarat (approx. 1018) summarized the massive corpus of scriptural texts Siddhanta that preceded him in a concise metaphysical treatise named Tattva Prakasha, considered as the most important Sanskrit scripture of the Shaiva Siddhanta lineage.

Asserting the monist vision of the Shaiva Siddhanta, Shrikumara (approx 1056 A.D.) indicated in his commentary, Tatparyadipika on Bhija Paramaras works the fact that pati, pashu and pasha (God, the being and the bonds) are in the end one, the essence of everything. Shrikumara kept the idea that Shiva is simultaneously the material and effective cause of the universe.

Shaiva Siddhanta was quickly accepted wherever it spread in India, and continued to blossom until the Islamic invasions which virtually annihilated any trace of the Shaiva Siddhanta in the northern and central India, limiting its unhindered practice to the southern areas of the subcontinent. 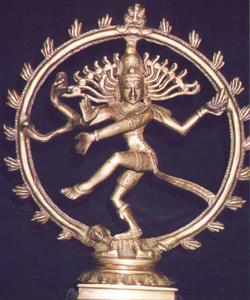 In the XIIth century, Aghorashiva had the mission of unifying the northern Siddhanta Sanskrit tradition with the Tamil southern one. As the leader of a monastic branch of the Amardaka order of Cidambaram, Aghorashiva gave an unique direction to the Shaiva Siddhanta tradition, preparing the path for a new pluralist school.

Refusing any monist interpretation of the Siddhanta, Aghorashiva brought a dramatic change in the understanding of God, classifying the first five principles (tattva or nada, bindu, saddashiva, ishvara and shuddhavidya) in the category of pasha (bonds), indicating that they were the effects of a cause and that inherently they were elements with no consciousness.

This was clearly a deviation from the traditional path, which presented the five elements mentioned above as being part of Shiva. Aghorashiva laid thus the foundation for a new Siddhanta, independent from the original Shaiva Siddhanta, which was monist and originar from Himalaya.

Despite his pluralist vision of Siddhanta, Aghorashiva was very successful in preserving the priceless Sanskrit rituals of the ancient agama-ic tradition in his writings.

Until today, the Siddhanta philosophy of Aghorashiva was followed by almost all the priests of the temples belonging to this lineage, and his texts, paddhati, on the agama-s have become the standard ritual manuals.

His work Kriyakramadyotika is a wide work, covering almost all the aspects of the Shaiva Siddhanta rituals, including the traditional puja-s diksha, samskara, atmartha and the installment of the deities.

In the XIIIth century, appeared another important achievement in the Shaiva Siddhanta, when Meykandar wrote the 12 Shivajnabodham verses.

This work, as those written after it, formed the theoretical basis of the Meykandar Sampradaya group, preaching a pluralist realism, where God, individual souls and the universe co-exist from the very beginning of things. 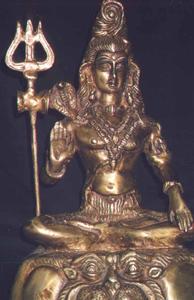 They saw the individual soul uniting itself with Shiva, as the salt dissolving into the water, an eternal unity, which is in the same time also duality. This school dominated through its literature the research that followed to such an extent that Shaiva Siddhanta is often identified with an exclusively pluralist school, which is of course wrong.

Actually there are two interpretations, one dualist and one monist, of which the first is the originar philosophical premise, found also in the scriptures preceding Meykandar, the Upanishads included.

Shaiva Siddhanta is rich in its traditions related to the temples, religious festivals, sacred arts, spiritual culture, priesthood, monastic orders, and spiritual lineages. All these are still in flower.

Today, the Shaiva Siddhanta is the most prominent spiritual path amongst the 60 billion Tamil Shaivites who live mostly in the southern India and Sri Lanka. Here, as anywhere, the societies, temples and monasteries are numerous.