ALL IS ONE, THE ONLY REALITY
1. The one that observes cannot be separated from the observed phenomena or from the act itself. The universe is a holographic whole.

Any action of observing or measuring affects the system, and consequently we are never “outside” the system we observe.

Nowadays people consider that usually the subject and the object are separated and distinct. Nonetheless, the quantum physics indicates that the distinction subject-object becomes impossible even at a theoretical level.

Consequently, we cannot speak of one or the other, but we can speak of the system made of the two.

Tantra considers the outer world (objects) and the self (subject) have the same ultimate nature, acting as an inseparable whole – this is the principle of unity within diversity and diversity within unity.

There are some theories discussing the holographic nature of the universe – each part reflects in the others, and all of them form a unitary whole.

In holography, a three dimensional image of an object is filmed with a laser. The amazing part is that any part of the holographic picture may be used to recreate the whole image.

Tantra considers that the human being has inside all that there is in the universe and that through meditation a person may get to the ultimate knowledge of the whole universe.

This is possible mainly because of the holographic nature of the universe. The practical means through which we may access any part of the universe is the process of resonance.

2. The quantum level of the matter presents a state of unity of all possibilities. It is a harmonious state within an indivisible whole, but this cannot be observed, because we always see only one possibility.

The American Henry Stapp indicated that in the quantum physics, unlike the classical physics, the whole and the part are intimately related.

A particle that is in a quantum overpositioning of states experiences a state of unity of all its possibilities. This indicates that the quantum level of reality is closely connected with what Tantra names the state of ONE, non-duality.

Tantra considers this state of uniqueness as the source of both beginning and the end of the universe, the highest state of consciousness.

The yogis name this state TURYA and describe it as a state of consciousness in which the object, the subject and the act of knowing are no longer separated, but they are unified, in a transcendence of the subjective and of the objective.

3. Although at an empirical level, the exterior world appears as continuous and the consciousness appears as discontinuous, the reality of the quantum level is quite the opposite.

Where did the term quantum physics come from? During the early days of this theory, one of its first discoveries was that the energy contained in one atom cannot take just any value, but only certain so called “discreet” values.

In other words, we are not confronted with a smooth, continuous passing, but with a passing in “heaps”, on a scale of energetic values.

This process bears the name “quantification”. Although the outer world appears continuous to us, in fact recent discoveries indicate that it is quantified. There are minimal quanta of energy, electrical charge, and even time and space. 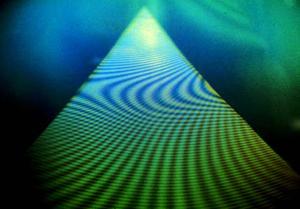 On the other hand, from an empirical point of view, the consciousness appears to us as divided and discontinuous, with moments of disruption, blanks, such as the sleep with no dreams, moments from which we come with no memories.

On the other hand, the Tantric practitioners, entering the state of expansion of the consciousness and non-duality (TURYA) have noticed that this state is continuous and uninterrupted.

In other words, the outer world is discontinuous and the consciousness is continuous, contrary to the appearances.