Within the lovemaking with continence we encounter intense energetic processes. These processes could be grouped in two important categories: 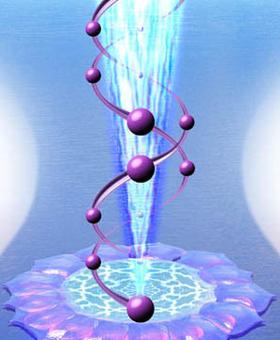 THE TRANSMUTATION OF SEXUAL POTENTIAL IN ENERGY

Because of the biologic transmutation of the sexual potential, the original sexual impulse is transformed into a new, superior energy. This transformation represents the sublimation process that is produced thanks to the aware control of the sexual functions.

Superficially we think that all in our body is material. With a great confidence, we wrongly believed that this “material” is “all”.
The experience of the biologic sexual transmutation process, within our body, drives us to some beatified moments of an overwhelming intensity. It also make us spontaneously aware of the fact that we are structured of an incredible quantity of energetic particles which are circling mysteriously and are fixed in this state by a hardly imaginable miracle.

At the present day it is precisely known that every atom of our human body contains a huge energy equivalent with 200.000.000 eV. And it could been said that in the sexual potential, represented by sperm in man’s case and by ovum in woman’s case, are hundreds milliards of volts “trapped in the material”.

Experiencing a beatific lovemaking, a single strong thought constantly kept in mind is sufficient to awake and to direct step by step this huge energy in the desired direction. The thought is the most powerful force of the universe.

By biologic transmutation, the huge released energy will extremely amplify the inner feelings and the banal limits of the consciousness will be gradually removed.

If the sexual continence is not realized, the vitality energy is discharged irreversibly, and is definitively loosed instead to be wisely transformed and utilized in the superior levels of the human being.

Over the time men that used to make very intense intellectual efforts have noticed that the lovemaking with ejaculation decreases their mental force and the power to achieve fast progresses in their work. On the contrary, the lovemaking practice with continence offers a huge resource of mental, physic and spiritual, necessarily for supporting very intense and long lasting efforts. 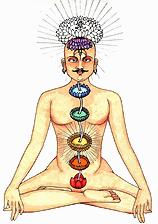 The sublimation is the inner moving of the energy resulted through biological transmutation, at the superior levels of the human being. The energy moving is realized level by level (chakra by chakra) and drives to the modifying of its vibration frequency. In this way it provokes specified effects at every level.

By sublimation, the sexual energy is directed in other levels of the human being (vital, psychic, mental or spiritual level) in order to be used in a non-sexual purpose.
We could do an analogy between the human being’s subtle alchemy, which is represented by biological transmutation and sublimation of the released energies, and the generation of the electric energy in a hydroelectric power plant. The water from an accumulation lake having a controlled falling will put in motion the turbines and so becoming a continue source of electricity. 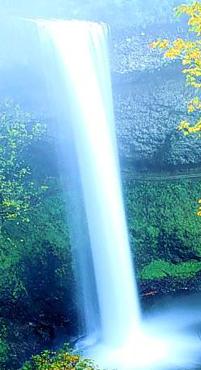 Analogically speaking, the water from the accumulation lake represents sexual “materials” (sperm in man’s case and ovum in woman’s case). The control of the water falling represents the conscious control of sexual pleasure during lovemaking and the transformation of the water’s potential energy in kinetic energy is the transmutation phase that generates a huge energy. Then the mechanical energy is transformed in electrical energy. This is the sublimation process, through which a type of energy is transformed in energy with a higher vibration frequency.

In the same way the traveling of energy through energetic channels generates a lot of phenomena corresponding to the human being intentions. For, example if you have a perfect control of the sexual energy, when you focus your attention at the cardiac plexus during lovemaking with your lover, you feel a lot of amazing sensations, such as euphoric dilatation, warm in the heart area, sensation of corporal contour removing, immersion in pure love.

Biologic transmutation is started by the totally aware control of the sexual function of the human being. The transmutation reactions gradually provoke the manifestation of a huge inner bio-magnetic energy.

The further process of inner moving and of modifying of these resulted energies is named sublimation. Within the sublimation the energies are modified from the point of view of their specific frequency; in their raising from chakra to chakra it generates specified effects at every level.

We can say that an erotic-sexual impulse is sublimated as much as the resulted energy is directed to a non-sexual purpose when the targets are psychic, mental or spiritual ones.
The sublimation is a process that generates subtle power, happiness, and ineffable harmony simultaneously with the euphoric integration of the human being in the sublime ambient of the Macrocosms.