In nature, the chemical elements combine in ways that suffer permanent transformations. The atoms of different chemical elements can suffer reactions of transmutation (natural or artificial). Thus a nucleus loses or wins one or more protons by modifying its structure and becoming an atom of another element.

A generally accepted idea states that living organisms assimilate, change and transport chemical elements without the opportunity to cause their transmutation. They can only synthesize and decompose a large scale of chemical compounds in which there are more than 60 chemical elements, in different quantities.

Contrary to this opinion, which has endured for more than 200 years, several experiments have proved that living organisms have the possibility to transmute the atoms of different elements by themselves.

The biological transmutation is the process through which a living organism produces, by itself, a chemical element from another chemical element (with slow energy discharges), under certain circumstances.

The German chemist Von Herzeele made systematic research on the germination of the oat seeds and on the variation of calcium quantity during germination, in 1875-1883. In 1970 Doctor Long observed the variation of several elements (Na, K, Ca, Mg, Mn, Fe) during the barley seeds germination.

From 1959 the French scientist Louis Kervran has made a lot of systematic research on biological transmutation on different organisms and in different conditions, including research on human sexuality.

He gathered a lot of data that pleads for the existence of this phenomenon. He reached the conclusion that in case of transmutation on sexual potential of humans these processes can be caused and controlled at will.

BIOLOGICAL TRANSMUTATIONS REPRESENT AN AMAZING REALITY, although modern physics has clearly and without a doubt showed that elements’ transmutation cannot be obtained unless there are being used the great ENERGIES, which are capable of breaking the forces that keep the nucleons within their well-determined structure.

But certain experimental researches have certified that the transmutation can appear both at vegetal organisms and animal ones within their metabolism, even if there are weak energies involved.

A lot of experiences lead to the conclusion that the entire human body is in fact an atomic miniature factory where there are discretely produced chemical elements needed by the body, through transmutations at a low quantity of energy.

At the same time there are also being produced huge energies that make possible an unbelievable scale of extraordinary phenomena like: paranormal abilities, superior states of consciousness, phenomena of sublimation of certain energies, the increasing of intelligence, profound happiness, constant euphoria etc.

The biologist L. KERVRAN confirmed for the first time through a series of experiences the reality of the biological transmutation of weak energies. According to his demonstrations, the transmutations take place continuously as well at live vegetal organisms as at animal ones, with slow discharges of huge quantities of energy.

His essential works in this mysterious field have been published in French in the MALOINE Publishing House. Their titles are “Proofs on the Existence of Biological Transmutations” and “Transmutations at Weak Energies”. This scientist has said that the biological transmutation presents a lot of “enigmatic” aspects.

After careful research made by getting into the intimacy of the physic-chemical processes that take place at the cells level, KERVRAN got to the conclusion that these transmutations TAKE PLACE IN MITOCHONDRIA (cellular component that secretes enzymes).

Except for the aspects that we have already specified, the possibility of producing transmutations at weak energies, following the model offered by Nature, leads to multiple benefactor implications. It contributes to the opening of new horizons, quite worthy of paying attention to.

In the following, we will briefly analyse a few phenomena correlated in the complex universe of the human being with the biological transmutation processes at low energies.

Though Eastern yogis and some wise people from the West who practiced very successfully the true biological ALCHEMY in their own bodies had known and applied these secret ways thousands of years ago, only in the last decades there has been discovered the existence of certain physic-chemical processes that are in opposition with classical principles of matter conservation.

Being overwhelmed by these enigmas, those scientists limited to state without explaining certain unusual results. The atoms of human body contain a huge energy that can be awakening gradually, and can also be controlled and used through the transmutation and sublimation of the sexual potential processes. 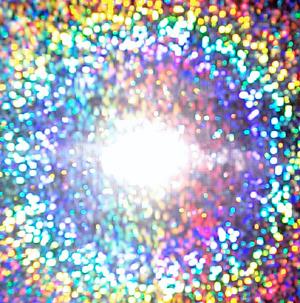 Nowadays it is well known that EVERY ATOM OF OUR PHYSICAL BODY contains a gigantic energy, the equivalent of 200 million eV. In certain conditions, these colossal energies may be controlled at will, allowing the human being to resort to fast ways in order to gradually free the power that is “chained” in the atoms of the human body.

Owing to the biological transmutation we can have the energy necessary to experience extraordinary paranormal phenomena, the awakening of Kundalini and even the divine ecstasy.