The Mental Control of Ejaculation 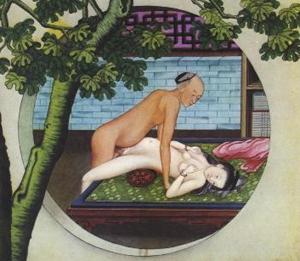 According to the Taoist tradition, in the beginning of mankind our ancestors had the capacity of controlling their sexuality spontaneously.

Moreover, they could control their emotions and sexually fluids at will. Unfortunately, this capacity disappeared, because the overall level of spiritually decreased.

People lost this ability because they become obsessed with attaining and obtaining pleasure, at all costs and through all means, overstressing sexuality, discovering alcohol, etc.

Nonetheless, one may regain this ability training the mind to prevent the external flow of sexual energy. The key is the practice of the Great Ascension until you will be able to practice it spontaneously.

In this moment, the sexual essence will ascend continuously to the crown of the head, activating the Golden Lotus (the spiritual pole, Sahasrara) in this process of mental automatic control, the pineal gland (on the subtle level Ajna chakra) is the most important element as it connects the sexual glands (Swadhisthana chakra) with the brain (Sahasrara). 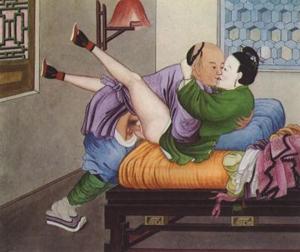 The greatest benefit in the practice of the Great Ascension is that after 6 to 21 month of practice, or after 10.000 exercises performed, you will be able to direct the energy upwards through a simple mental command, whether you sit, talk or stand.

If you can channel the energy and keep the “gate” closed for a week, you began to have control over the sexual energy. At this stage, focus on the crown of the head (the pineal gland) and on the process of sublimation of the sexual energy through the spine.

Some people who practice this exercise too often or incorrectly may experience a stinging sensation in the heart area.

In order to ease this pain, you may drink some tea with honey or massage the anterior part of the body, from the upper part to the navel, where the energy is more easily to deposit.

If you cannot unblock the energy from the heart area, breathe freely and use your mental power to unblock it, channeling the energy form the perineal area. 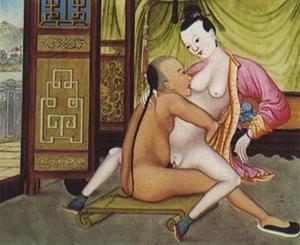 Inhale and focus from Hui-Yin (the Gate of Life and Death) upwards, to the crown of the head and then downward, to the middle of the forehead (Yin-Tang).

Focus on this area for a while. When the energy goes through the area of the heart, try to think that it flows like a waterfall, accumulating at the level of the navel.

Performing this simple and effective exercise of visualization and direction of the energy nine to thirty-six times, you will get rid of the stinging sensation.