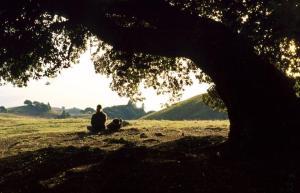 They control their feelings up to the point of completely inverting them.
They are very sober with the others in general and with the representative of the other sex in particular.

They don’t show their feelings and they need much time to let someone approach them.

It is very hard for them to fall in love, but when they do it can be for the whole life. They are predisposed to solitude and they prefer to suffer in silence than manifesting their love if the other person don’t pay them the expected attention.

Sometimes they can marry from a certain interest, from a convenience or even from their strong sense of duty.

They are generally preoccupied by their social and professional position to which they pay much time and they expect from their lovers to have a similar position.

They are not fond of the domestic life and they generally don’t like children.

Although they seem very distant, when they really like someone they are very devoted and can do many sacrifices to continue a relationship.

VENUS IN AQUARIUS
It gives the natives an airy (or ethereal) sensibility, with a light, gracious, sublimated nuance. Their emotions are very much elevated and they live in a state of serenity, very distant of the earth.

They understand love in a very idealized way and their eroticism is rather a way of living a spiritual communion.

Sometimes the accent is put on a very free and non-conformist way of manifesting themselves, ignoring the social constraints.

They are not interested in marriage as a social, rigid habit, because they think that what really matters is the soul and spiritual communion.

They don’t like the possessive and jealous persons because for them liberty is the most important criteria in a couple and if they feel constraint they leave from relationship.

They are good friends, being interesting and often original companions. 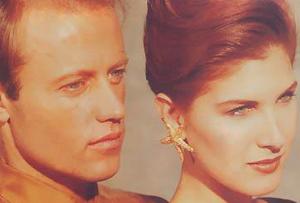 Their love is often based on a mystical view upon the world and they are characterized by a dominant power of transfiguration and devotion.

They can seem incoherent in their feelings and manifestations because they act in accordance with some invisible realities, which they perceive by their intuitive structure.

Sometimes, this position can give the tendency to have uncertain and mysterious relationships, with an indefinite status, which is in a perpetual changing and enable the individual to live in a complete liberty of manifestation.

They like privacy very much, and they feel the fact of making love as a total way of abandoning themselves, of merging into the person they love.

They can’t stand any form of constraint and if they are imposed to do something, they just slip between your fingers.

When they feel inspired, they are very loving beings, being able to sacrifice themselves for their beloved ones.

They have also a very charitable soul and they live for the others, sharing their happiness and trying to soothe their sorrows.

With this position the zodiacal tour for the planet of love and pleasure, Venus, is finished.
We can add more only an important aspect, referring to the so called ‘three steps of love’. 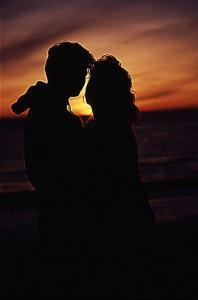 It is said that these three steps must be learned by every human being for becoming complete.

Knowing all the three aspects of love we can become universal and, of course our relationship will then be a model of harmony and beauty!

Come To Shambala Love – The Magic Of Simplicity
Scroll to top