PISCES
The natives of this sign are generally as fluid as the water, which is their element. It is hard to say that you have really caught them, because they are as slippery as an eel, and when you think you have understood them, they aren’t anymore as you know them.

They are very sensitive and live in a world of emotions and intuitions, which are very hard to understand if you are not endowed, as they are, with the sixth sense. Sometimes they live in a reality that seems not to have anything in common with the reality as you know it.

They are fascinated by the mystery of the invisible world and they will be very delighted if they meet someone who can really understand them, because they are generally not taken seriously when they speak about the world as seen through their hyper-sensitive eyes.

They generally avoid speaking about their emotions because there are many people who mock at them, and thus, they can seem shy, but if you prove yourself to be really interested in their feelings, they can become even communicative.

They also like very much water, so you can invite them to the seaside, or on a cruise or at least to the swimming pool (although they prefer the romanticism of the natural scenery).

They will be delighted to share with you their dreams and fantasies and to hear yours, you can write them love poetry or listen with them romantic music. They generally like art, especially music and you can invite them to dance in a slow, sensual rhythm.

You should also pay attention to the tone of your voice, which is better to be slower and to your appearance, because they generally don’t like the loud colors (except for those of blue and greenish-blue). They are also very sensitive to the environment, which must be relaxing, romantic and filled with magic.

When you meet them you would rather refrain from discussing your affairs or from solving some pragmatic problems that are too down on the earth. They prefer dreaming and living in their invisible world and for them love is one of the most important ways of evading from reality.

They are very idealistic and they don’t like to know the concrete data of the existence.
They are generally accused of infidelity because for them the real fidelity is a soul condition, which doesn’t have anything to do with the fact that they can meet many other people. 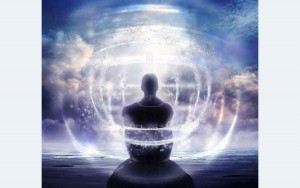 They can be surprising by their power of sacrifice, although they may seem rather superficial.
They have a great power of empathy and a lot of compassion, and they can’t stand the insensible, indifferent and cold people.

Their ideal is to ever help the old, the poor, the ill, the suffering people and their house can often become a charity place.

Those who are selfish, stingy, extremely logical and pragmatical, insensitive, materialistic, atheist, who lack kindness or compassion have much to learn from these natives before being good enough to approach the Pisces.

But those who really want to learn these values can approach them, because they have a great power to forgive and won’t abandon a person if they see he has good intentions and is sincere in his quest.

Artwork courtesy of and copyright by Daniel B. Holeman at Awaken Visions Galleries.

Simple Ways of Beginning a Relationship According to the Zodiac, 5 Love Transfer in Tantra
Scroll to top